Or How Did I Get Here

Depression is a funny thing. (Funny weird, not funny haha.) It hits you at the weirdest times, coming and going when it can do the most damage. This post is kind of a continuation of several conversations I’ve had about  the old Black Dog, depression, on this blog.

I’ve been struggling with bouts of depression since I was ten, which anyone who knows me will recognise correlates to the first major emotional crisis in my life. Before that, my life was pretty much sunshine and rainbows, with the occasional Night Terrors to keep things interesting. Standard upper middle class nobody living in Sydney. There was a lot of shit going on in the background that my tender little heart was shielded from. My mum was that battered shield.

When the darkness hits, writing becomes like swimming through molasses and it’s a chore just to make it through the day’s necessities, let alone drag the words, kicking and screaming from my head. Not that I don’t write all the time, mostly poetry, lyrics and scribbles in one of the many notebooks I have on the go at any given time. These include dialog, scene ideas and mind-maps, all of which become useful once the Black Dog gets his teeth out of my arse.

Photo by Lisa Fotios on Pexels.com

My advice to writers who struggle with the deep dark blues is don’t edit your work when you’re down there. Editing whilst suffering depression is dangerous and you’re just as likely to burn every copy in existence. Been there, done that. Back in the 8o’s, I destroyed every copy of Parallel, 125,000 words worth, burning the paper copies and literally blowing up the floppy disks with fireworks. (Yes I’m that old!)

Photo by Eugene Shelestov on Pexels.com

Luckily, I couldn’t destroy the copy in my head. Memories are more persistent than a digital format and more than twenty years later I rewrote it.  (It’s in rewrites at the moment.)

More than a decade after burning the novel, I began to write again. The first thing I wrote was a rock musical called Tug Of War, all about the inner voices that pull us from side to side. The words seemed to flow, bursting from my heart and splashing onto the pages, the melodies filling my head, though I have precisely zero musical ability, the tunes still rattle around in my skull today. Whatever it is that drives my passion to create pictures with words, it was in full flight. Songs of love and loss, doubt and guilt, it all appeared effortlessly, perfectly expressing all I wanted to say about the redemption of reaching out to each other, and the tragedy of isolation.

At the time I was part of a church and the script had a strong Christian theme, however the deeper theme was depression and struggle against those accusing voices in your head “Useless, hopeless, different”.

Soon after completing the script, the church imploded and Tug Of War, the musical, was shelved. Depressing as this was, it paled in the face of the existential crisis that followed. The upheaval which followed the theological micro-wars saw myself and my family ignored by both factions, at a time where I was having a nervous breakdown and my wife was having to live with me.

Of both factions it can be said, “You can tell a tree by its fruit.” I’ve struggled to find a church ever since. It taught me to take every person at face value, once I dealt with the initial separation anxiety. I saw that everyone had their own shit to deal with and when push came to shove, most people are doing the best that they can with the equipment life’s given them. I don’t judge people. I’ve learned that the road in life everyone takes is dependant on a million little things and thousands of big things that teach us all how to survive in the world we know.

After that, I rediscovered my love of the Australian bush, and it was during this time I began to grow up.

So another decade goes by and while struggling with the usual demons, I fight back the depression and begin writing Parallel again. Twenty something years on and I still remember the whole thing. I finish the first, very rough draft in three years while working a day job and learning to re-enter society as a productive member. I joined a writers’ group, Vision Writers. I submitted the first couple of chapters to what is now affectionately referred to as, The Bitter Sweet Table of Judgement. They didn’t hate it, the 8 other authors giving advice and corrections, pages came back covered in red marks and comments. In that moment I learned more than I had in the decades of writing before.

So now, more than ten years after joining Vision, 45 years since I banged out my first story on my sister’s toy typewriter, where am I on the whole epic 55 year journey in this meat chariot.

Well, the writing’s improved, though the crippling fear of rejection is still a constant struggle. Over the years I’ve managed to hide it’s more inconvenient effects, more or less. This would, of course, not be possible without my wife and partner of 30 years, Julie who has seen me at my very worst and yet miraculously still says I love you.

I’ve written a sci-fi novel and nearly completed the 5 novella rewrite of the whole Parallel series, (about 270,000 words). I’m having fun writing a travel blog called Travels With An Old Fart, where I get to practise the lost Australian art of Telling A Yarn. I write of my adventures and misadventures, travelling around Australia with my patient wife and caravan in tow. I’m mostly happy, in between wrestling with the old black dog, and I’m getting help with training the bitch.

So as for those writers, or anyone struggling with depression, my advice boils down to this. Let people in. Find your person. They’re out there.

For everyone else, look out for each other and treat strangers as though one day, you might be friends.

Black Dog Institute has lots of resources if you want to know more.

Another of my people. The bloke, not the goanna.

Well here we are, 2019, Trump’s POTUS, Morrison’s the Australian PM and the world seems a little colder, even as the climate heats up. Whatever you believe, chances are you see things that’re wrong in the society in which you live, and it probably stirs an emotional response. Be it sadness or anger, fear or helplessness, your feelings will, at least in part, govern your actions and inactions. So let’s talk about this.

This is not a post for those who get angry and fill their hearts with hate… or maybe it is. This is a blog post about that much ignored malady, Empathy, and if you Hate, then something’s obviously fried your Empathy circuit. That will make this hard to comprehend. Sociopaths and Psychopaths may also struggle to understand.

For the rest of us, overwhelmed by the emotions found at the depression end of the “Scale of Feels,” or Fear that’s spawned by a world that values love so little, this post is for you. I know what it’s like to be lost in the darkness, “lonely though surrounded.”

But I also know what it’s like to have love, to have good friends, to laugh and see the madness in this crazy, beautiful world. Holding onto that stuff will keep you living, but to really break on through to the lighter side for good, you need to find other people. You need to see they feel the same things as you. Find like minded souls, without hiding in an echo chamber of confirmation bias. If fear threatens to drown you in hopelessness, hone your empathy.

Empathy, for those playing along at home, is the ability to not just sympathise with another person, but to share their feelings, hurt when they hurt, laugh when they laugh. Truly, to experience such things, has been the highlight of my life. There is a oneness you forge with another person in that moment, and all anger, fear and doubt fades away like a fart in a cool breeze.

There is a cost though, and it can be very draining. Essentially you’re receiving understanding from them while giving them your strength.  Empathy can be scary too. You can only use it when your own heart is wide open. This leaves you vulnerable, so don’t do this with someone abusive. You do not want them inside your head and you can do without their shit.

As for the draining part, I find it helps if you look at the world through eyes trained to see hope and wonder. Find somewhere you can recover, somewhere safe and peaceful. I try to go somewhere each day with just trees and wildlife for company. It’s easy to find wonder in the Australian bush.

Even with the downsides, Empathy is a worthwhile part of the things I use to cope with a society in which people are separated into boxes. If we start seeing people as individuals not groups, not race nor religion nor gender identity, we might finally be able to get some shit done. What I’ve learned in 54 years of life is that everyone has a story and most are worth listening to.

Generalizations are anathema to empathy. No two people are the same, regardless of the wrapping they are in. Look people in the eyes when you talk to them, but not in a creepy way. Eyes are connected directly to a person’s brain, and it’s the closest thing to a direct link to their mind that we have. They weren’t kidding when they dubbed them the mirrors of the soul.

So now you’ve locked eyes with someone, what then?

Listen, talk, ask. Words are the magic catalyst, that and the telltale expression in the eyes. We’ve all seen sadness behind a smile. Here’s the thing. Empathy will show you what that person needs from you. With a little practice it becomes obvious within seconds. In time you learn to glimpse behind the mask that everyone wears, but only when you’ve shared that moment of openness. Don’t be afraid to cry with them, in joy or sorrow, to laugh, to sing, if that’s what the moment needs. For that time, you are not there for you. Be there FOR that person. Forget about the world for those precious seconds and let someone in. It’ll rock your world.

I believe that what is missing from the leaders of this world is Empathy. The population’s grown too many to be living in isolation any more. The idea of race should no longer apply when we can fly round the world in a day. I like to think of Australia as an ark, we have people living here from every nation on Earth. If we can’t learn to get along, what hope has the world got.

So for those of you who’ve made it this far in the post, I thank you. We Empaths have got to stick together. Go into the world, understand the hearts of others and change the world. 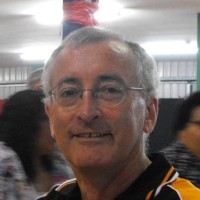 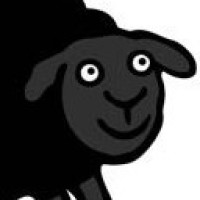